Today is the release day for my new urban fantasy novel, a standalone called A Key, an Egg, an Unfortunate Remark. It’s a pacifist urban fantasy; in a genre where violent asskickers act as though modern cities are lawless hellholes, the protagonist in this book has dedicated herself to stopping supernatural evil without violence. 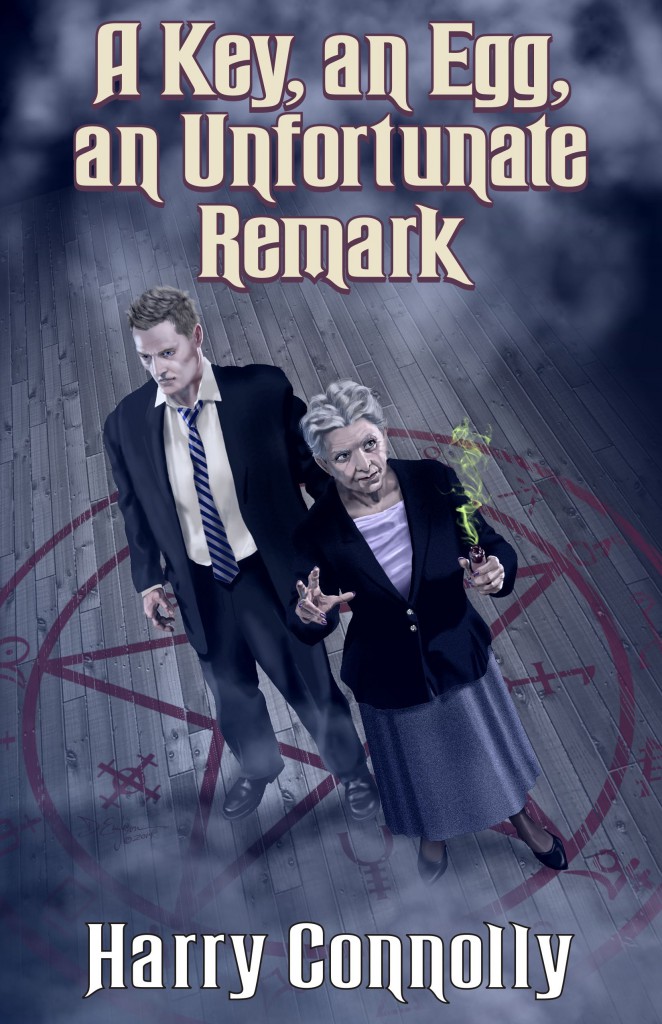 Art and design by Duncan Eagleson

Fans of the Twenty Palaces series: This is not Twenty Palaces. Those books were about limited options, desperate violence, and people who live like criminals. A Key, an Egg, an Unfortunate Remark is much closer to an amateur detective novel, but with vampires, ghosts, and magic spells. Here’s the cover from the back copy:

After years of waging a secret war against the supernatural, Marley Jacobs put away her wooden stakes and silver bullets, then turned her back on violence. She declared Seattle, her city, a safe zone for everyone, living and undead. There would be no more preternatural murder under her watch.

But waging peace can make as many enemies as waging war, and when Marley’s nephew turns up dead in circumstances suspiciously like a vampire feeding, she must look into it. Is there a new arrival in town? Is someone trying to destroy her fragile truce? Or was her nephew murdered because he was, quite frankly, a complete tool?

As Marley investigates her nephew’s death, she discovers he had been secretly dabbling in the supernatural himself. What, exactly, had he been up to, and who had he been doing it with? More importantly, does it threaten the peace she has worked so hard to create? (Spoiler: yeah, it absolutely does.)

One of the benefits of self-publishing: I get to put a joke spoiler warning on the back cover.

As you can guess, the tone for this book is much lighter than my others. In truth, I wrote the first draft as a palate cleanser after three Twenty Palaces novels in a row. That means it’s more cheerful than my previous works–even more than King Khan.

But it’s still a Harry Connolly novel. There are vampires, ghosts, werewolves, fearless monster hunters, and all the usual tropes, but I’ve put my spin on them.

You can read six (short) sample chapters here. Do it! They’re fun!

Or you can buy them right now: