Today on the blog, author David B. Coe is going to talk about personal goals and finding success as a writer.

What does it mean to be a success in this business?

No, really, I’m asking. I’ve been in the business for nearly 20 years, and I’m not always certain I know. Sure, we recognize success when we see it. That guy George R.R. Martin — he seems to be pretty successful. And J.K. Rowling did okay. So maybe being successful means having initials in your name. In which case, I have arrived, baby! D.B. Jackson, the pseudonym under which I write the Thieftaker Chronicles, a historical urban fantasy set in pre-Revolutionary Boston, has two initials in it, which makes me every bit as successful as Martin and Rowling, though not quite on the level of Tolkien.

But somehow I’m not sure this is the best measure of achievement . . .

Joking aside, this is a question I’ve pondered quite a bit in recent years. Let me pause here to say that nothing I am about to write is meant as a complaint. I get to write stories for a living — I wouldn’t trade my job for anything. Moreover, I have been incredibly fortunate in my professional life. I know this. But I would be lying to you if I said that I didn’t want more out of my career.

I have two original novel-length releases coming out this summer. The first, DEAD MAN’S REACH, the fourth novel in my Thieftaker series, came out from Tor Books earlier this week under that D.B. Jackson pen name. And less than two weeks from now, Baen Books will publish HIS FATHER’S EYES, the second volume in The Case Files of Justis Fearsson, a contemporary urban fantasy I write under my own name, David B. Coe. (Only one initial there; I’m lagging . . .) That’s two novels, from two different publishers, under two names, which is pretty cool. Like I said, I’ve been fortunate. On top of that I’ve had several short fiction releases recently. I’m busy, and as any writer knows, busy is good.

So in that respect, I’ve been very successful. I keep writing, and folks keep publishing what I write. For a lot of aspiring writers, that’s the dream. But I don’t make the New York Times bestseller list, and I’d like to. My sales aren’t going through the roof, and I wish they would. I don’t make it onto award ballots — something I used to want, although I’m not sure anymore . . . ‘Nuff said.

My point is this: We all aspire to the next level, or the ones above that. I would like to have better numbers and a higher profile. I’m a midlist writer in an era in which the midlist seems to be wilting. But there are writers who have yet to sell to a major house, and others who have short story publications but no novel sales. Perhaps they look at a midlist position and think that would be pretty cool. Then there are others who have finished some stories and maybe even a novel, but are still waiting for the first professional credit. They might envy the success of those who have sold a story or two. And there are still others who know that they want to write, but still struggle to finish that first big project. You get where I’m going, right?

So what are we to do? How do we nurture our ambitions while still taking satisfaction in our achievements? I believe we start by acknowledging the legitimacy of both. I don’t ever want to be seen as boasting or rubbing my success in anyone else’s face, and so often I downplay what I have achieved. But I’m proud of the novels I’ve written, of my critical track record, of the fact that I have survived in this business for the better part of two decades. And at the same time, I don’t think there’s anything wrong with the fact that I want more, that I strive to break into the upper echelon of commercial success. And in the same way, I think that the aspiring author should celebrate when he or she finally finishes that first novel, and the short fiction writer should celebrate that first sale of a book-length project, even as both continue to eye their next goals. Ambition and pride both have their places.

All of this, though, is far easier to say than it is to do, at least for me. Because so many of the measurements we use to define writerly success are external. I might take pride in my books, but what happens to that pride when bad reviews come in? I’m pleased to have survived this long, but I know that commercial success is only as certain as the sales numbers for my most recent release. This is the nature of the business. We don’t get to say how successful we are. That’s for the rest of the world to decide. Or is it?

As much as we’d like to we can’t ignore those outside factors. Sales numbers matter. Rejections of stories and novels hurt, just as acceptances make our spirits soar. Bad reviews kind of suck, and good ones . . . Well, they don’t suck. But we can also self-define success by setting realistic goals and understanding that part of being successful means satisfying ourselves. I will do what I can to promote DEAD MAN’S REACH and HIS FATHER’S EYES; I want to sell as many copies of them as I can. I’ll enjoy the good reviews they’ve received already (and I’ll try to ignore any bad ones that come in). In many ways, though, I’m already satisfied with the achievement these books represent. I think they are the two best books I’ve written. I’ve always wanted to have two series running concurrently with two different publishers; now I’ve got that.

So I can say in all honesty that as far as these releases are concerned, I’ve already succeeded. I’m not so naïve as to think that the other things don’t matter. I simply understand that sales, reviews and the rest are, to varying degrees, beyond my control. Personal satisfaction in work well done — that’s mine, and no one can take it away.

As you pursue your writing goals, try to keep similar thoughts in mind. They won’t prevent the occasional setback — those are inevitable. But they will allow you to recognize your own achievements, and you deserve that. 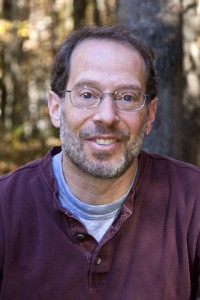 David B. Coe/D.B. Jackson is the award-winning author of eighteen fantasy novels. Under the name D.B. Jackson, he writes the Thieftaker Chronicles, a historical urban fantasy from Tor Books that includes Thieftaker, Thieves’ Quarry, A Plunder of Souls, and, the newest volume, Dead Man’s Reach, was released earlier this week, on July 21. Under his own name, he writes The Case Files of Justis Fearsson, a contemporary urban fantasy from Baen Books. The first volume, Spell Blind, debuted in January 2015. The newest book in the series, His Father’s Eyes, comes out on August 4. He lives on the Cumberland Plateau with his wife and two daughters. They’re all smarter and prettier than he is, but they keep him around because he makes a mean vegetarian fajita. When he’s not writing he likes to hike, play guitar, and stalk the perfect image with his camera.