I was sort of excited to stay up all night and binge-watch season two of DAREDEVIL, even though I expected it to be a disappointment. What can I say? I like staying up.

Second thing: except for the parts that aren’t.

Third thing: the good parts outweigh the bad by a lot. A whole lot.

The first episode of the season was by far the worst. It wasn’t just that it was unimaginative; it looked weird, too, like cheap video. Were some scenes shot on someone’s phone? I couldn’t tell.

The first, second, and most of the third episodes were also full of bullshit about What It Means To Be A Hero. You know what? At the start of the season, I don’t want to hear two vigilantes have a philosophical discussion. I just don’t.

Then, near the end of the third episode, the show gives us another of its excellent fight scenes, and it seemed to find its groove again.

Part of the problem is the costume. When it showed up at the end of season one, I was upfront about how much I disliked it. The full red suit from the comics would look ridiculous, and while the devil suit at the end of S1 is an improvement, it still doesn’t work. I suspect the showrunners realized this, because they contrived to change it slightly. That’s another improvement, but it still doesn’t quite work.

What’s more, I don’t think they quite understood how to make a live-action masked superhero story really work. Basically: use the mask as little as possible.

The best and cheapest special effect a show can have is an actor’s face, and most masks that are reasonably faithful to their comic book versions look flat and silly on screen even after you’ve been awake for 27 hours and have been watching a show for ten. So I’m not really a fan of actors wearing their supers costumes when they’re not a) hurrying to the rescue, b) scaring the hell out of a bad guy or c) beating the hell out of a bad guy. Action scenes. That’s what masks are for. Otherwise, give us human expressions.

Because a dude in a superhero costume just standing around having a conversation looks like a grade A fool. For example, if a costumed vigilante is going to have a conversation with someone, it should not look like this: 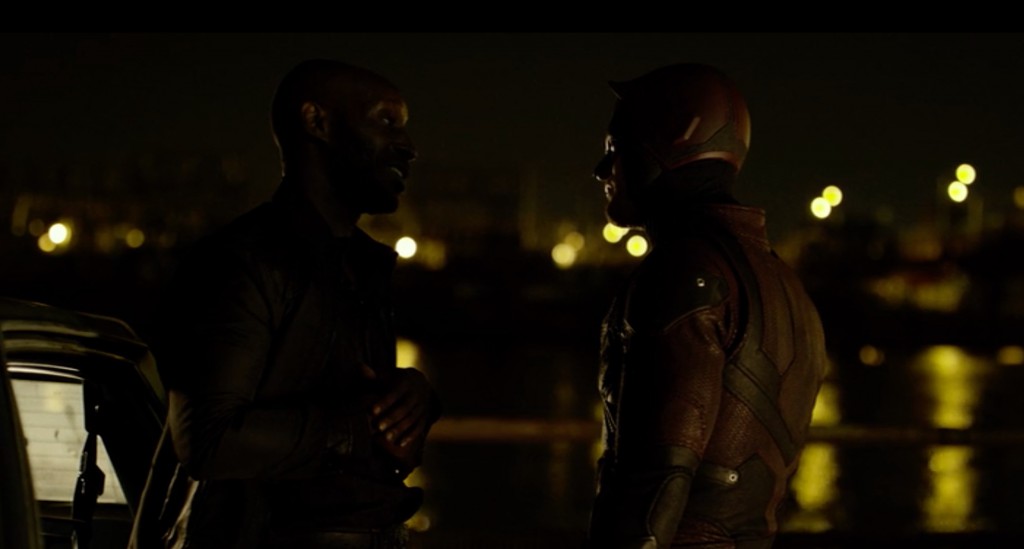 Yeah, that’s a bit dark, but you can see Daredevil on the right standing face-to-face with Turk on the left. Just two dudes standing around chatting, except one is wearing a horned helmet.

This is a much better choice: 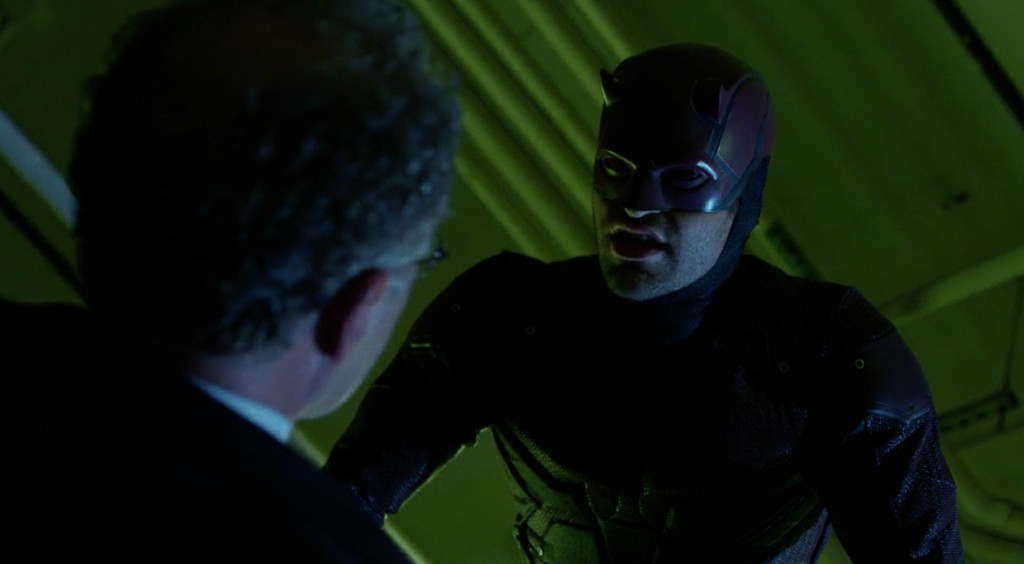 In case it isn’t clear from this single shot, the man foregrounded on the left is on his back, slightly raised off the floor. The background is the roof. 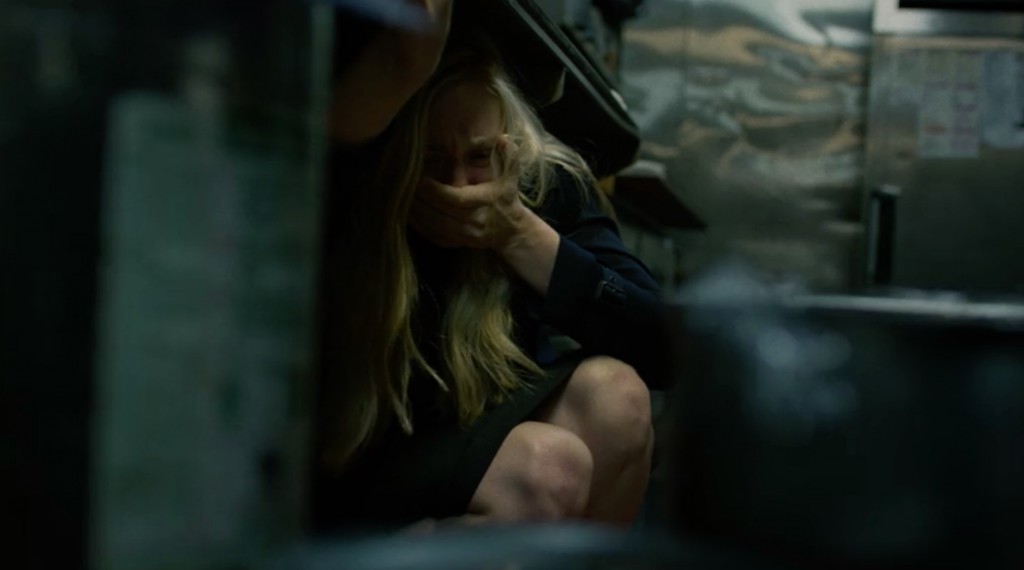 Again we get great performances and fast-moving plots with lots of twists. Also, instead of a mini-boss structure like season one, there are two separate ongoing plots for each of the featured guest stars that compete for Matt’s attention.

Like other Netflix shows about superheroes, this is more like a miniseries than a weekly program, so get ready to binge or follow a complicated plot over an extended period of time.

So, despite a shaky start and a costume that doesn’t quite work, season two of Daredevil is fantastic. Check it out.