Before I go any farther, why don’t I post the cover? 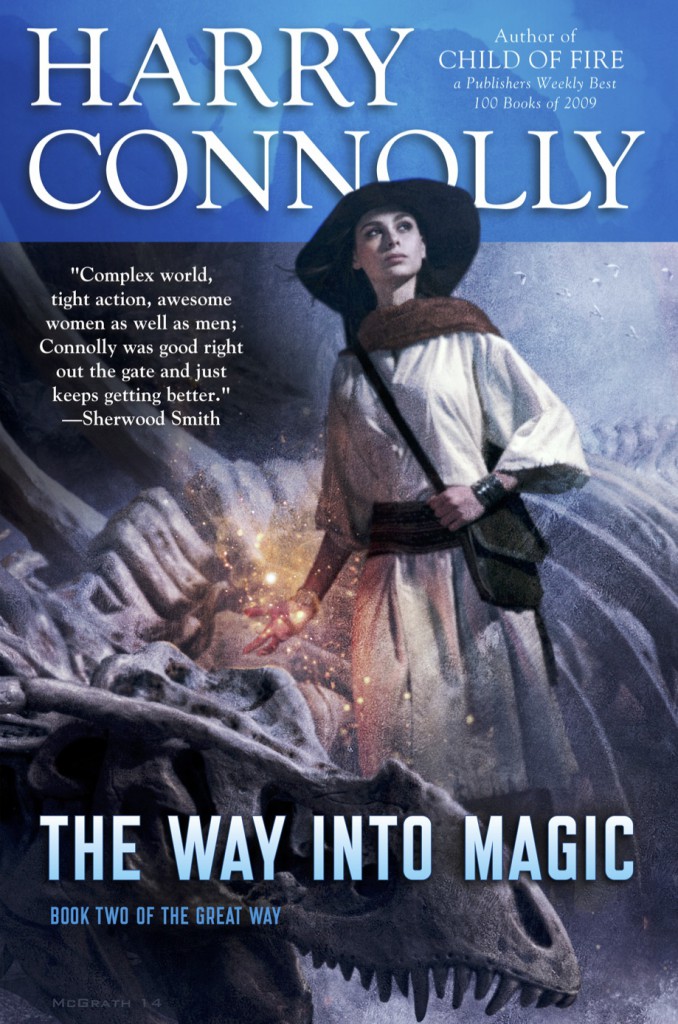 Gorgeous, right? I love all the covers for this trilogy, but this is the one I love the most. The dragon skeleton, the cool blue, Cazia’s whole pose… It’s just incredibly appealing.

As I’ve said before, you don’t want to read this book without having read book one. This is a continuation of the story, not a stand alone text. That’s why there won’t be any new sample chapters (although you can still read the beginning of the story here) and why the description of the book will absolutely contain spoilers.

So why should you read it?

(Spoilers beyond this point.) Because this is the part of the book where the protagonists shake off the idea that they should be worried about the fallen Peradaini empire and begin to realize that much, much more is at stake.

It’s also the part of the book where they learn their world is much stranger than they knew. Here’s the blurb from the back of the book:

BOOK TWO OF THE GREAT WAY: Having lost the prince to the madness of The Blessing, Tejohn and Cazia are the only people who know of his plan to retrieve a secret spell that might, just might, turn the tide of battle against the grunts.

But Tejohn’s body is broken, and Cazia has been stripped of her magic. Worse, both are being held captive: Tejohn faces charges of treason in the lands where he was born. On the other side of the continent, Cazia is a prisoner of the Tilkilit queen, a creature with a desperate, deadly plan.

While they struggle for their freedom, The Blessing continues to spread across Kal-Maddum, their numbers growing more numerous as the human population shrinks. What had started as a race to restore an empire has quickly become a mission to save humanity from extinction.

The paper edition isn’t as spendy as the first and third books, but it’s not super-cheap, either. Print-on-demand is expensive, especially when you set the book up so it could be carried in brick-and-mortar stores.

Besides, these books are designed to suck you in and keep you turning pages.

“Highly recommended, if you want a stay-up-all-night, forget-to-eat, must-have-the-next-book-NOW reading experience.” — Writer/editor CC Finlay, author of Traitor to the Crown: A Spell for the Revolution

“Complex world, tight action, awesome women as well as men; Connolly was good right out of the gate and just keeps getting better.” — Sherwood Smith, author of Inda

“Heroic in scope, but intimately human, and richly detailed.” — Kat Richardson, author of the Greywalker series.