If you subscribe to my Patreon, you’ve already seen this, but here’s one for everyone else: 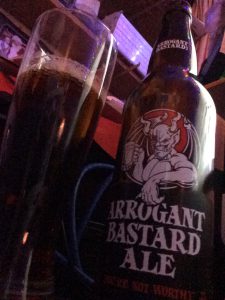 1. Long time readers of my blog and/or social media will know what this picture means. I’ve reached another major goal in my current work-in-progress. The book is ONE MAN, which is the fantasy/crime novel I’ve been working on for OVER TWO YEARS. The goal is that I’ve incorporated my agent’s notes and I think the book is much stronger and therefore ready to send to publishers.

There will be new drafts later on, whether publishers bite or not, but for now it’s off the table.

That means I can spend the week leading up to Giftmas doing family stuff, cleaning, cooking, and otherwise refilling the well.

2. I took the wife and son to see ROGUE ONE (no spoilers) on Friday afternoon. I liked it more than they did, but I’m more inclined to forgive the clunky, awkward moments so I can have space ships and shoot-outs. We all watch Star Wars as generic but enjoyable mass media entertainment, not as a fannish fetish object. But it’s more my kind of thing than theirs.

And the clunkiness was there–hoo boy–along with the plot problems that come with the way the films have used The Force. They also struggled with the constraints of being a prequel to “A New Hope:” Darth Vader is there, but he’s not the main villain. They need their own antagonist who can lose at the end (see above re: generic but enjoyable mass media entertainment) and not outshine the villains in ANH, but still seem powerful and effective. They might have had a better film if they’d managed it.
Still, it’s an enjoyable diversion from holiday stress.

3. Speaking of Giftmas, I’ve dropped the Amazon ebook price of the first novel in my Great Way trilogy to $2.99. If you know someone who likes ebook adventure fantasy, you might want to grab it for them. Also, once you own the ebook, the audio book becomes super cheap. That, too, might make a nice gift.

And that’s it. I hope everyone has a wonderful holiday, however you celebrate. And if you don’t celebrate at all, I hope your days are wonderful anyway.