My new book, first in a new trilogy, is on sale now. Let me start with a blurb.

“It’s Epic Fantasy that reads like a Thriller” — Kat Richardson

Here’s the description from the back cover:

The city of Peradain is the heart of an empire built with steel, spears, and a monopoly on magic… until, in a single day, it falls, overthrown by a swarm of supernatural creatures of incredible power and ferocity. Neither soldier nor spell caster can stand against them.

The empire’s armies are crushed, its people scattered, its king and queen killed. Freed for the first time in generations, city-states scramble to seize neighboring territories and capture imperial spell casters. But as the creatures spread across the land, these formerly conquered peoples discover they are not prepared to face the enemy that destroyed an empire.

Can the last Peradaini prince, pursued by the beasts that killed his parents, cross battle-torn lands to retrieve a spell that might—just might—turn the battle against this new enemy?

And here’s the cover itself: 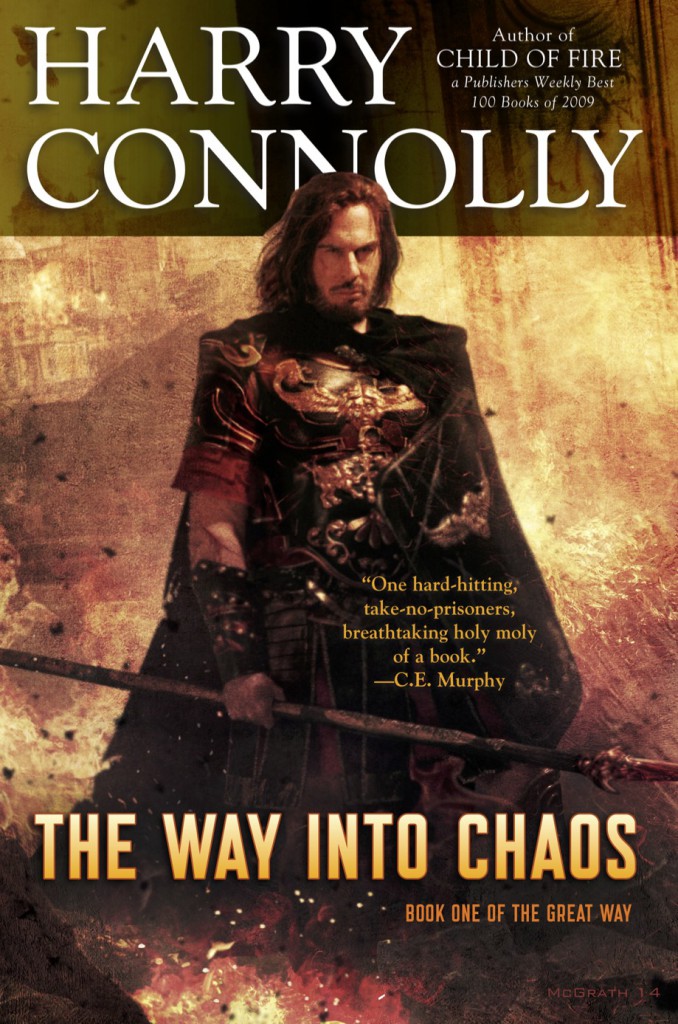 God, I love that cover. (Chris sells prints at very reasonable rates.) Spoiler: the art on the inside is gorgeous, too. If you want to see a larger version of the map, the artist has put it on her site.

Let’s have some backstory. When I announced that poor sales numbers meant I was not going to be writing any more Twenty Palaces novels, I kept telling readers “I hope you like my next series just as much.”

Well, no pressure on me, but the next series is here. Anyone who’s been following this blog knows it was written as part of a homeschool project with my son. I tried to find traditional publication for this book and the two sequels, and when that failed, I turned it into a successful Kickstarter.

Hold on, let me just post this to see if I’m tired of looking at it yet.

It has a map by Priscilla Spencer, illustrations by Claudia Cangini, and the paperback was designed by a professional (who uses the pseud “thebarbarienne” online).

Anyway, the original working title for this trilogy was Epic Fantasy With No Dull Parts, which everyone thought was funny but few understood was mostly aspirational. Most epic fantasy has a slack, touristy feel to it, and I wanted to try for something different.

But I like to think this is more than just a thriller. It’s also about empire, and how it feels to live in one, and how you come to identify with it even if you hate it.

It’s also about being invaded. In fact, one of the NY publishers who turned the book down explicitly complained about this: a portal fantasy where the enemy is magically transported to a new land? Apparently, that’s Doing It Wrong. Portal fantasies are supposed to be about protagonists invading other places, not being invaded.

Please read the sample chapters. Book 2, The Way Into Magic is out right now. So is The Way Into Darkness, book 3.

If you like the books, please tell your friends.